I've been a bit busy over the last few weeks and didn't manage to slot in any blogging time. Sorry about that. The majority of my effort over that time has focused on a redesign of the attribute hierarchy and a reimplementation of various attributes in Attribute. There were a number of problems and limitations with the previous design which have been bugging me for some time now.

As a consequence, I completely rewrote the Attribute Classification technical note. Normally I would publish all technical notes on this blog first while also publishing another version (which I update over time) on the www.ooatool.com website. However, since I have started making the website versions notation-switchable, the blogged version has become less and less useful. Especially since the majority of current users switch to Executable UML notation anyway (and I still prefer Shlaer-Mellor notation). Thus, I will no longer publish technical notes in full here. I've also dropped any reference to creation date from new technical notes since the last updated date is much more relevant than when it was created. I recommend long-standing users scan the above technical note switching between notations since there are quite a few changes between the notations. The reworked Information Model subsystem of the OOA of OOA is shown below: 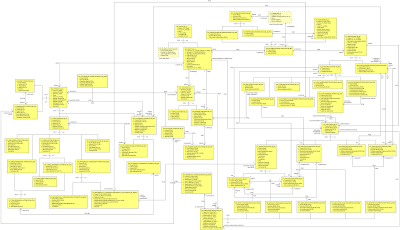 A reworked Data Type subsystem is also shown below: 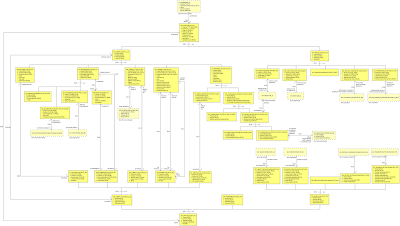 During the redesign of the attribute hierarchy, I made a number of significant changes:

I've also been working on a design for UML aggregations and compositions which I will discuss in full after it's implementation is complete (and I can show some class diagrams with diamonds on them). These concepts deal with ownership across relationships and I have been calling them child-parent relationships in Shlaer-Mellor so far. However, I'm planning on eliminating the terms child and parent. I'm also planning on renaming Parent Allocated ID Type to Owner Allocated ID Type (or Aggregate Allocated ID Type in Executable UML).